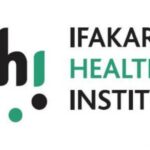 The Manager will be responsible for leading and supervising project activities in Katavi region.

Position Summary
Ifakara Health Institute seeks a Regional Manager to join the PMI | Tanzania Malaria Surveillance Activity (TMSA) team. The Manager will be responsible for leading and supervising case management and malaria in pregnancy, and all other activities of the Tanzania Malaria Surveillance Activity (TMSA) in Katavi region. The Manager will also link and facilitate communication between TMSA headquarters and Katavi region.

The PMI | Tanzania Malaria Surveillance Activity is a five-year program (August 2022 – August 2027) implemented by Ifakara Health Institute, which supports the Government of Tanzania (GOT) in reducing malaria burden and in moving towards malaria elimination. The Activity is made possible by the support of the American people through the US President’s Malaria Initiative (PMI) and the United States Agency for International Development (USAID).

The PMI | TMSA works with the GOT to reduce malaria burden and move towards the long-term goal of malaria elimination―while achieving USAID’s strategy to support institutional growth and capacity development for local institutions. The PMI | TMSA will address the urgent healthcare needs of malaria at-risk populations, especially vulnerable pregnant women and children under five, and support Tanzania partners to grow and execute malaria programs sustainably and successfully.

The PMI | TMSA project will primarily work to support both facility- and community-based malaria activities in all districts of Katavi region, as well as making contribution to the national malaria priorities through the National Malaria Control Programme (NMCP).

Qualification & Experience
Degree in Medicine or Bachelor of Science in Nursing or related field. A master’s degree in Public Health will be an added advantage. Applicants must have atleast 5 years of work experience in a public, private sector or NGO, with at least 2 years in leadership role.

More Info & How to Apply
Apply by 23:59hrs on Thursday, September 15th 2022. For more details and how to apply, read the job annnouncement: Regional Manager – TMSA

All candidates who meet the above job requirements should send their application letters together with
their detailed curriculum vitae (CVs) showing contact addresses including email, telephone/cell phone
numbers and copies of academic and professional certificates to the email address below.

All e-mail application subject lines should include: REGIONAL MANAGER – TMSA. Only shortlisted applicants will be contacted for an interview.

Recommended: Read our Job Tips Here to enhance your Application

To apply for this job email your details to recruitment@ihi.or.tz